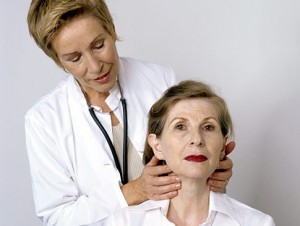 Check out this article below where Dr. Jennifer Walden is asked for her expert opinion about the new one stitch facelift on NY Daily News!

Is the so-called “one-stitch face-lift” really a fast pass to a youthful appearance?

The wrinkle-free results may not be as long-lasting as with a traditional operation, but the minimally invasive procedure is a hot ticket right now in cosmetic surgery.

“There’s a strong trend right now to perform less invasive procedures for facial rejuvenation,” Dr. Jennifer Walden, a plastic and reconstructive surgeon at Lenox Hill Hospital told the Daily News. “People want instant results and minimal down time, so there is a demand for these procedures. No one can take two or three weeks off from work to recover.”

The “instant” face-lift consists of four stages, Walden explained: the insertion of the barbed thread, then the deployment of the suture material, followed by the anchoring of the soft tissues and then the fixation into place.

There’s one superlong, supersneaky suture. And yes, the needle is big.

Angelica Kavouni, 47, told the Daily Mail that she was unhappy with her “increasingly jowly” appearance. She decided to give the “one-stitch face-lift” — also called a thread lift or an iGuide — a try with plastic surgeon.

Hardy experienced minimal side-effects from the 40-minute procedure and said that with makeup, she could return to work that day.

So can one stitch hold up, or hold back all those years?

Not exactly, according to Angelo Cuzalina, president-elect of the American Academy of Cosmetic Surgery.

The face, he notes, “has a lot of ligaments and tissues that tend to pull back down, so it’s not like a single suture could ever hold up a face or a portion of the face.”

In the meantime, Hardy told the Mail that if she didn’t like her “new” face, the surgeon had said that the face-lift was reversible. Basically, it was a matter of pulling out the suture.